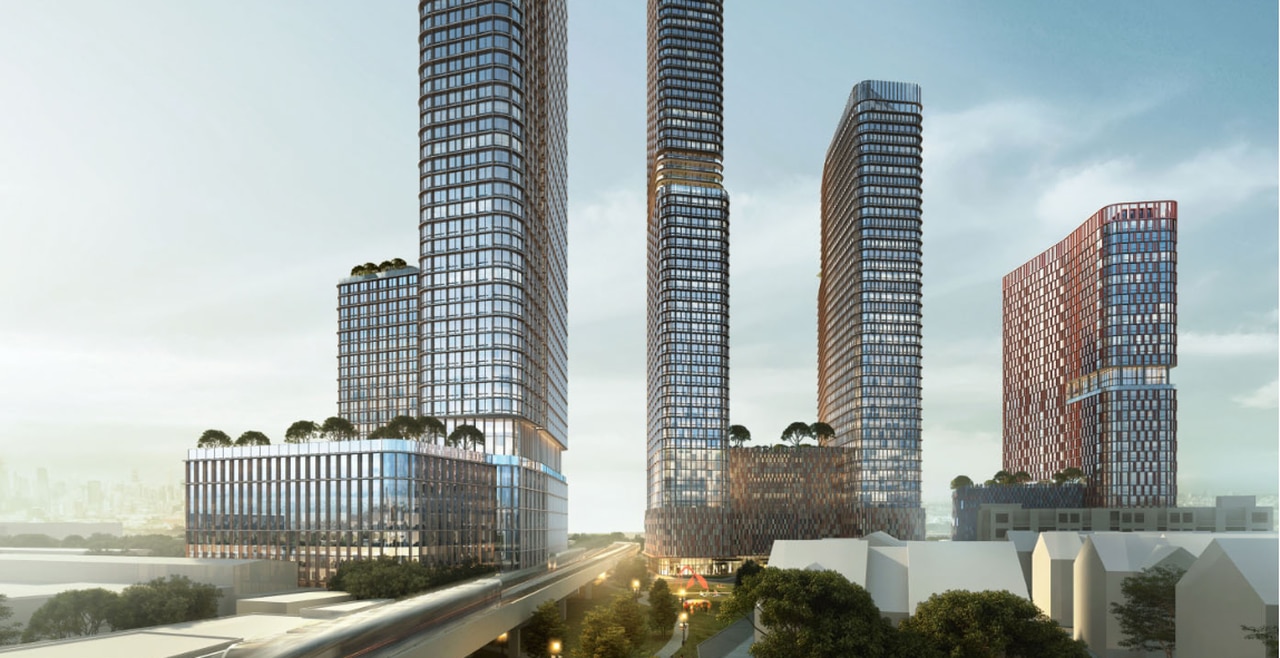 Road 440 on the West Side of Jersey City, now home to mostly car dealerships, body shops and vacant lots, hardly looks like a vision of the future of Jersey City.

But big things are in the works for the area, especially the Westview, one of the largest, if not the largest, projects in the Northeast, according to Jordan Franklin, chief operating officer of his developer, Bushburg Properties.

The Westview will bring 3,000 luxury housing units to the area between Highway 440 and the West Side Avenue light rail station on Clermont Avenue.

Details of the project and how it was created may illustrate the future of development in Jersey City, the role of public transportation and a possible change in the center of gravity of the local real estate market.

Four towers, if approved, will eventually sit on a 9-acre site bounded by 440, Culver Avenue, Clermont Avenue and Mallory Avenue, between 30 and 55 stories high.

True to the new urban ideal of projects where residents can “live, work and play” in one place, the Westview comes equipped with facilities within walking distance of each other, such as shared work spaces, gyms, and possibly a supermarket.

“In principle,” Franklin said, “Westview is designed to meet existing and growing demand for walkable neighborhoods in Jersey City.”

And maybe all this would not have been possible without public transportation.

The long-awaited extension of the Hudson-Bergen Light Rail to the other side of Route 440 is planned to pass through the middle of the Westview property. In total, about 50% of the mixed land will be dedicated to a public park and light rail tracks. Residents will be able to walk under the rail to get around within the development, Franklin said, and will be able to walk on pedestrian bridges that the developer is building over Route 440.

The $ 220 million light rail extension has been under discussion since 2009, but was only officially announced in March 2020. At the time, it was estimated to take three and a half years to complete. A NJ Transit spokesman said the project is currently in the planning stage.

Both Franklin and Bosburg, investor and partner Shalom Lane, stressed the proximity of the light rail station across the Mallory Avenue as the reason the location is so expensive.

The expansion of the Hudson-Bergen Light Rail was also partly responsible for making Bayfront’s massive development with mixed revenue attractive.

This project, which is planned for a brown field west of Highway 440 between the highway and the Akensak River, will include more than 8,000 housing units, 35% of which will be restricted in income in some way to maintain reasonableness. The new light rail station upon completion will be near the development, on the west side of the highway.

A Jersey City spokeswoman said Bayfront was “progressing according to schedule with the necessary infrastructure construction currently underway (roads, water lines, etc.) and the first Phase A buildings are expected to break through in 2023.”

Bushburg acquired the land for Westview in 2021, after the new station was officially announced. Although the area is “not necessarily the focus of Jersey City,” Lane said, “we found it to be a developing area where we were able to reach a strong price point.”

Franklin called the change of that part on the West Side a “fait accompli.”

“It’s not a question of if, it’s a question of when. The city itself has already pledged to help uplift the community that is already there,” he said.

In addition to Westview, this area is also set to be home to major projects like the one planned for Bennett Street and The Agnes at 132 Yale Ave.

Jersey City enacted Culver’s redevelopment plan in 2013, setting out specific guidelines and community requirements for return, such as the Midwestview Public Park.

However, these guidelines do not include affordable housing. The Westview, a project on the right with no differences, is not required and does not have dedicated units at a reasonable price.

But Lane said the contributions to the other community make up for it.

“We return I-don’t-know-how many acres to the light rail, acres to parks, we build roads, highways, service lanes, parking lots, a huge amount of community backing here,” Lane said. Said, noting that the renovation plan also does not include tax incentives. “Is it possible to get any kind of community backing for any project? No. It’s just not possible.”

Local residents usually support the project under certain conditions. Kayla Burrell, president of the Lincoln Park North Association said she hopes the project will “significantly integrate community priorities” around issues such as road and pedestrian safety, “aesthetic decision making” and accessibility that connects Westview to the rest of the city.

“We welcome our new neighbors; we expect them to be good neighbors,” Burrell said. “Our association looks forward to further involvement with the progress of the Westview project.”

The project is proposed to be built in three phases: a 30-story tower in the first, two 38- and 55-story towers in the second phase and a third 55-story tower. In total, the project will have more than 1,600 parking spaces and over 130,000 square feet of retail space.

An application for what appears to be the first phase was submitted to the Jersey Urban Planning Council in January, but has not yet appeared on the council’s agenda.