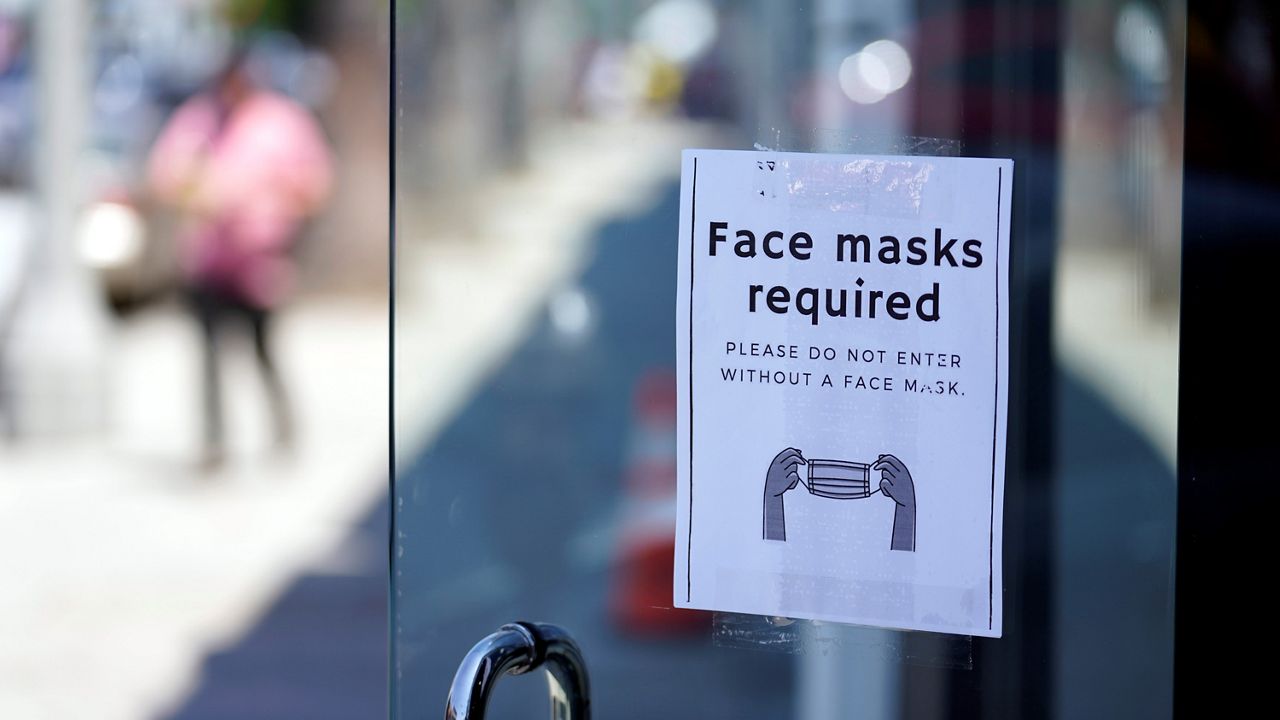 At least one major city and a number of schools across the country are beginning to re-implement the mandates of wearing masks when cases of COVID-19, driven by the newer version known as “Stealth Omicron”, are starting to rise again.

Since first spotted in November, the Vapor Omicron – or BA.2 version – has been spreading around the world, driving new waves in parts of Asia and Europe. It is now the dominant version of the corona in the United States and in more than five dozen other countries.

In rare cases, early research suggests that BA.2 can infect people even if they have already had an omicron infection. COVID-19 vaccines appear to be equally effective against both types of omicron, and offer strong protection against serious illness and death.

But in some areas, where the portfolio is particularly high, officials do not take any risks.

Philadelphia became the first major U.S. city to regain its inner mask mandate Monday after reporting a sharp rise in corona virus infections when the city’s senior health official said it wanted to prevent a potential new wave driven by a sub-variant of Omicron

Approved cases of COVID-19 have risen more than 50 percent in 10 days, the threshold at which city guidelines call for people to wear masks indoors, said Dr. Cheryl Batigol, health commissioner.

“If we do not act now, knowing that every previous wave of infections is accompanied by a wave of hospitalizations, and then a wave of deaths, it will be too late for many of our residents,” Bettigole said, noting about 750 Philadelphia residents died in the omicron eruption in the winter. “This is our chance to anticipate the epidemic, to put on our masks until we have more information on the severity of this new version.”

A number of universities in the Washington, D.C. area have similarly returned masks to their students this week or last. The American University and George Washington University both announced Tuesday that students will be required to wear masks at all times on campus, except when they are alone or drinking or actively eating. Both schools, which recommend students to wear KN95 or N95 masks, cited the rising COVID cases in the state capital as reasons for the renewed laws.

The American University completed its original mask mandate on March 21, and will re-examine the new requirements on May 9. GWU plans to maintain its mask mandate until the end of the spring semester.

Other schools in the DC area, including Georgetown University and Johns Hopkins University, re-applied masks mandates due to an increase in corona cases on their campuses earlier in April.

In New York, where cases on Sunday rose 42 percent from the previous week, Columbia University returned its mandate for internal masks starting Monday, writing, among other things: “Based on the current situation and plenty of caution, non-fabric masks will be required in classrooms.”

“Continued caution in some situations remains extremely important, especially in internal social settings where participants’ immunization status is unknown or uncertain,” Colombian Vice President Donna Lynn wrote in a statement to faculty and students. “Getting all the doses of vaccines (initial and fortifying doses) as recommended by the CDC is very important.”

Both New York and DC. See high-profile COVID outbreaks among big names in theater and politics, respectively, in recent weeks.

On Broadway, several appearances for the comedy “Plaza Suite” were canceled after Matthew Broderick tested positive, followed by his wife and co-star Sarah Jessica Parker in early April. Daniel Craig was also fired from the resuscitation of “Macbeth.”

Across the state in Texas, Rice University last week also revised its masking policy for students and faculty on campus, with the exception of those who actively eat, drink or teach a lesson, noting a “significant increase in the number of positive cases reported in our community.”

The re-imposed mask laws come because the federal government’s mask mandate on public transportation is due to end on Monday, April 18th.

Asked if the government plans to extend the federal mandate on public transportation beyond next week, White House press secretary Jen Pesky on Monday pointed out the reporters to the Centers for Disease Control and Prevention, saying in part: “This is a decision made by the CDC, so “They will make that decision. And I am not aware of the decision that has been made at this stage, but I will definitely refer you to them.”