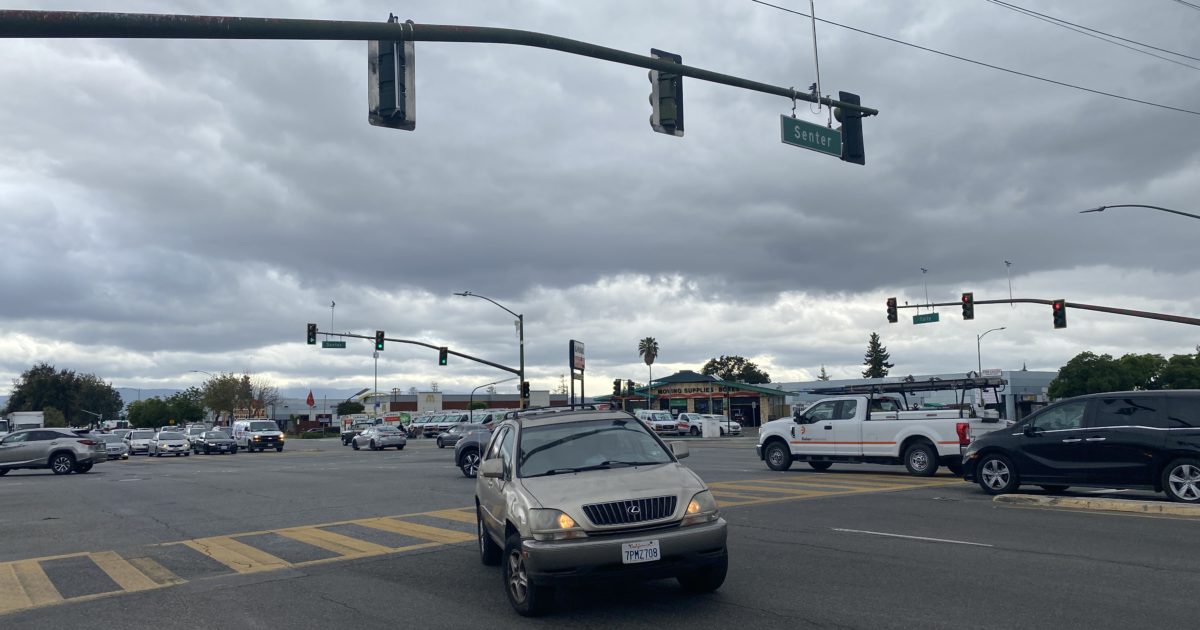 Joe Herrera was waiting for his friend, Maria, to return from a 7-Eleven plane at the Tully and Center intersection last May. She never managed to come back.

Maria, an unruly person on Queen Avenue, was hit by a car that crossed the Center Road around 11pm last year. Herrera, another uninhabited person, said that by the time he found her, Maria was dead. He never learned her last name.

“It’s just awful,” Herrera told San Jose Spotlight, choking on the memory. “She was a good person. She did not deserve it.”

The streets of San Jose became increasingly dangerous, with road deaths reaching near-peak levels in 2021. This year on the way to defeating it – 24 people died as of March 31st. That’s three times the number this time last year.

And residents in the east and center of San Jose, including people who are not housed, feel most of the heat.

San Jose adopted the Vision Zero initiative in 2015 to analyze traffic data and develop safety plans after the city saw 60 people die from crashes that year. In 2018, the city identified 17 of its most dangerous corridors – 10 of which pass through the east and center of San Jose. Six embryos in District 7.

City data reviewed by the San Jose Spotlight shows that roads continue to be dangerous. They accounted for more than 70% of all traffic-related deaths last year. District 7 had the most casualties in 16 – along the way Monterey Road, Story Road, McLaughlin Avenue, Capitol Highway, Tully Road and Center Street.

City leaders attribute the deaths to the reopening of the economy after the plague and increased speed on busy streets – making up 30% of the dead. Officials are calling for investment in traffic enforcement with more cops and speed cameras. Others want to see infrastructure improvements with narrower roads, more bike paths and better street lighting.

Councilwoman Maya Asperza – who represents District 7 – said that on the eastern side, the problem is decades of underinvestment that has led to the disintegration of the infrastructure that will lie in repair.

“You have major arteries and you have a lot of density on the east side with a lack of investment in infrastructure that has increased over time, which is why price tags are so high,” Asperza told San José Spotlight.

Asperza successfully advocated new safety measures near Monterey and Cartner roads last year, after seven injuries were seen at the intersection and escaped. But changing the Center Road – one of the deadliest roads in San Jose – is a $ 10 million request, Asperza said. The funds will bring more permanent infrastructure like concrete partitions for bike paths, improved crossings with flashing beacons and better streetlights, among others.

“The road is so big and the problems have been going on for so long and that’s why it has that price tag,” Asperza said. “But for the first time, the municipality is prioritizing it and handing it over to the state.”

While the city may be waiting for state funding, Asperza is calling for more intermediate solutions – like fences along the means – for hotspots in Districts 3, 5 and 7.

These three districts have more deaths and serious traffic-related injuries (KSI) compared to other parts of the city. In the years 2016-2020, in District 3 there were 2,388 KSI accidents, in District 7 there were 1,915 and in District 5 there were 1,546. All other counties had less than 1,000 KSI, according to the municipality.

Part of the reason for the disproportion is because low-income neighborhoods border those high-speed, high-capacity streets. Richer neighborhoods may have the political tools and time to build some defenses on their streets, said Jesse Mintz-Roth, director of the Zero Vision program.

“If you drive through a more upscale neighborhood, you tend to see more custom safety improvements,” Mintz-Roth told the San José Spotlight. “Why in Nagli Park, for example, are these soothing islands that are at the entrance to the roads when you are on Santa Clara Street and about to drive into this neighborhood? I would assume it is a political link.”

Colin Heine, a spokesman for the city’s transportation department, told the San José Spotlight that it was a chicken and egg dilemma.

“Did we move the highways through the poorer neighborhoods or did people with more income move to areas in the city that do not have those highways and capacities?” Said Heine. “I suspect it’s more than the latter.”

Councilwoman Pam Foley, Vision Zero’s deputy chair of the task force, said the solutions were already out there. She pointed to Burnham Lane, one of the deadliest corridors in the city, as a success story after the city installed plastic barriers several years ago.

“We see fewer dead there,” Foley told San Jose Spotlight. “We used to see drag racing, but the streets have shrunk so it’s not that attractive for speed. It’s safer for all of us.”

In 2020, the city spent less than $ 1 million to paint the intersections along Senter Road and place green balls and plastic barriers to force drivers to slow down. KSIs along Senter Road dropped from 15 in 2020 to 5 in 2021, according to city data.

“It’s hard to know exactly if (the decline is) because of this, because we only have a little over a year of data,” Mintz-Roth said. “But it’s full of hope.”

In District 6, reducing the number of lanes has also proven successful. Fruitdale Avenue, which recorded a number of serious injuries and at least one death between 2016 and 2019, has not reported any serious incidents in the past two years. Mintz-Roth said it could be because the lane count was reduced – forcing people to travel slower.

While many preferred corridors are in the process of obtaining funding for rapid and long-term construction infrastructure improvements, it may still be some time before San Jose residents see a significant and lasting reduction in the number of people killed in traffic.

“Traffic casualties in San Jose are not new, but the attention to them is yes,” Mintz-Roth said. “It’s a good thing.”