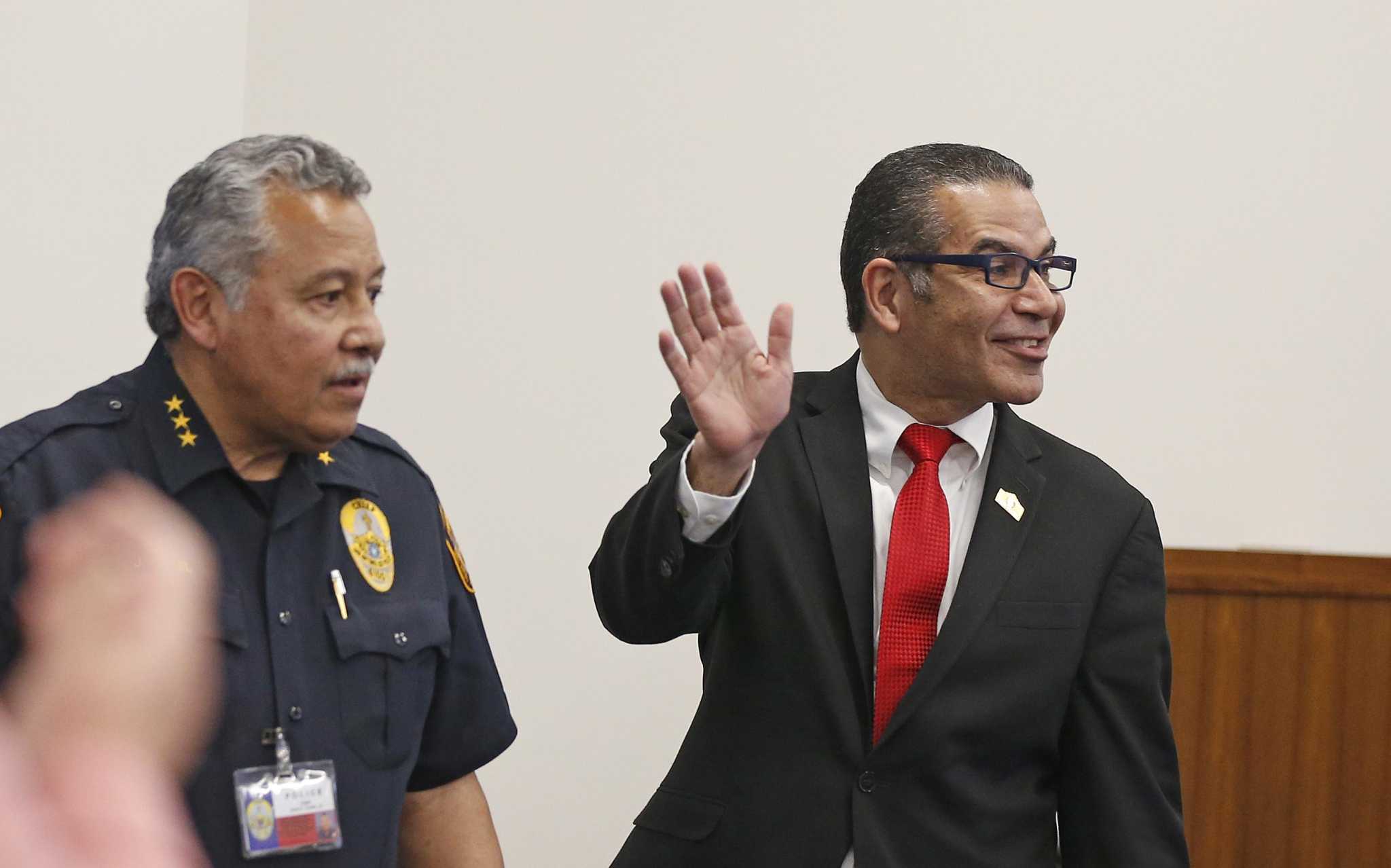 Minutes after his name became known as the next superintendent of the San Antonio Independent School District, Jaime Aquino was already on assignment, introducing himself to the community.

His excitement was evident in full hand gestures and full responses to questions about his vision for the county and the 45,000 students he named his children.

“I am ready for this challenge,” Aquino told the SAISD board on Monday night, after the trustees selected him as their sole finalist for the position. “This concept of family, of family. I’m not going to be alone. First, I do not believe in this theory of Superman or Superwoman coming to change the county or the school itself. It’s really going to take a village.”

His short press conference was broadcast live. So was his Tuesday afternoon meeting with the San Antonio Express-News editorial board, another round of acquaintances, questions and nods to approve board members.

Despite a PhD in a curriculum and teaching this protocol may prompt the majority to apply for it as a Dr. Aquino “, the lone finalist made it clear – several times – that he wanted to be called” Jamie “.

Aquino, 57, said he thinks of himself as a teacher rather than a principal. He was 22 when he came from the Dominican Republic to Public School 52 in Queens, New York, in 1987, and was recruited as a bilingual teacher. Aquino later taught science there, according to a resume provided by SAISD.

He spent years in seminary, attracted to being a pastor as a way to serve the most vulnerable communities in his country. The call to an education career was stronger, though he thought of quitting his first year of teaching.

Recognizing the challenges and pressures pushing educators off the ground, Aquino repeatedly returned the conversation to students.

“I am an immigrant who came to Israel as an adult,” Aquino said. “I’m also learning English who’s still trying to learn English. … I’m committed to making sure every single student in this great city can become me, or – why not – better than me.”

The board now has to wait 21 days before the vote to regulate Aquino’s employment through a contract, which will likely last for five years.

The county’s search drew 40 candidates vying to replace Superintendent Pedro Martinez, who left in September. Selecting the only final candidate by April was the best scenario for the board.

“Dr. Aquino brings sensitivity, brings compassion, he brings insight and the ability to listen and work with a diverse group of diverse board members and community, “said trustee Ed Graza.” We could not have written the script better, in terms of how it came out. “

At ExpressNews.com: The San Antonio ISD Board of Directors selects Jamie Aquino, a veteran director, as the Supervisor’s finalist

In 1993, Aquino began his career as a principal as a bilingual resource specialist, focusing on bilingual educators who teach math and science, this time at Community School District 28 in New York. A year later, he moved to a similar position on the New York City Board of Education.

Asked if he is willing to turn San Antonio into a long-term home, Aquino said he is committed to staying here as long as he is wanted and needed and hopes to retire here.

“This is the last part of my professional journey,” Aquino said.

Aquino gained a sense of district and community when SAISD hired New Leaders, a training company he worked for between 2014 and 2018, to train ambitious executives.

One of the biggest attractive factors Aquino saw in SAISD was involvement and community support, he said, which was evident in the demise of two major bond issues, which he took as a commitment by voters to improve their children’s education. .

At ExpressNews.com: The San Antonio ISD is looking for Latin American teachers of dual language that are hard to find

“I would not have taken this position had it not been for the Board of Trustees,” Aquino said. “I found this team of leaders, first of all, so aligned in terms of mission. They may disagree but … travel in the same direction. And the fact that they are so focused on students in their decision-making approach.”

As for the challenges he faces once his employment becomes official, Aquino said student academic achievement is one of his top priorities. He wants to work on a long-term vision – and specific programs – that include intervention and safety nets to catch students when they need help most.

Teacher support is also needed, he added, and he plans to “adopt a teacher” regularly to make sure he has a foothold in the classroom – and to adopt principals and students while he does so. He pledged to transparency, including the trustees, who he said warned early in his interview that he would always tell the truth. Parental involvement can be increased by providing the necessary tools – in English and Spanish – to know what is going on in the classroom, Aquino said.

After beginning his tenure, the plan is to embark on what he called a listening tour across the county and community. And for the first three to six months, he will open his door to 15-minute meetings to hear from as many people as possible.

“I’m going to open my door,” Said Aquino, referring to a question in Spanish from a parent of two SAISD students Monday night. “It’s for me as a very close immigrant. So I hope you are not behind me, but next to me.. “

He would open his door, he said.