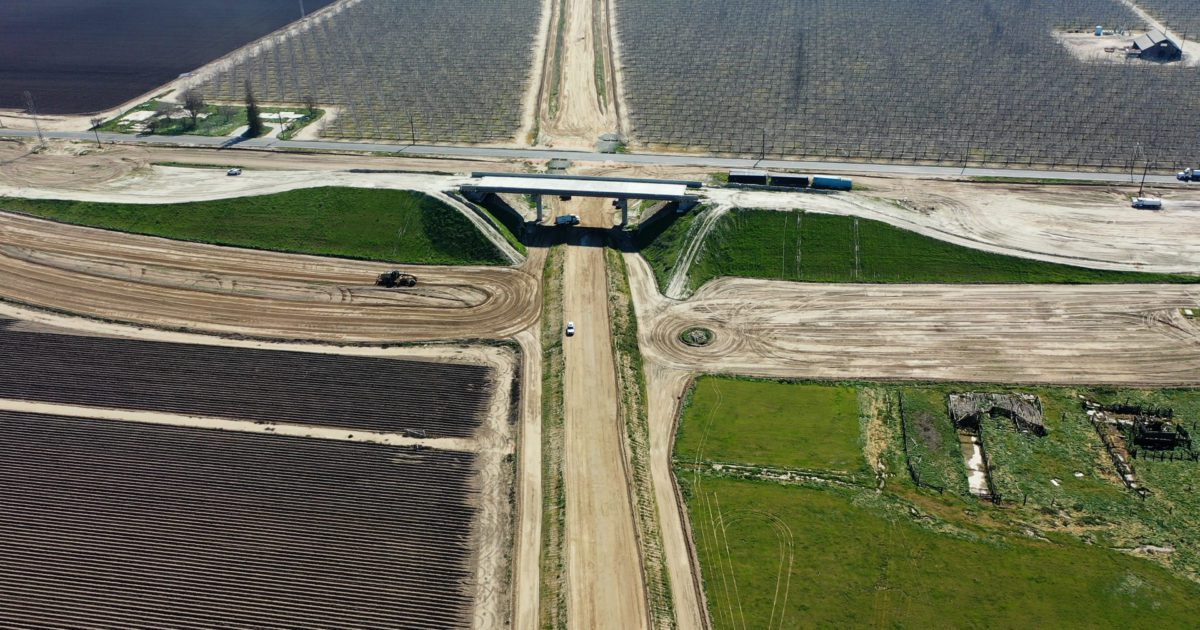 A new poll indicates strong public support for California’s ambitious high-speed rail project, but the challenges of stretching to San Jose are daunting.

The UC Berkeley Government Research Institute reported that California voters are in favor of continuing the high-speed rail project by a margin of five to three. The survey, which looked at a variety of issues voters want the state to address, was conducted online for 8,676 Californians in English and Spanish. The findings are likely to be subject to a sampling error of approximately plus or minus 2%.

Mark Dickmillo, director of the UC Berkeley Institute for Government Research Survey, told the San José Spotlight that it could not be easily compared to previous surveys on the popularity of the railroad project. But he said the results show a majority support for the truncated version of the project.

“We are now in 2022, it is far away, and 14 years have passed, but the voters wanted to move forward even in its abbreviated form,” Dikmilo said.

In 2008, California voters approved bonds to design and build a high-speed rail system that would run from San Diego to Sacramento by 2030. Deviations and cost delays extended the timeline: The state’s current plan calls for a train line connecting Bakersfield and Mercedes. By 2030, and then the Bay Area by 2033. According to the latest state estimate, completing the full route from Los Angeles to San Francisco could take $ 105 billion.

The high-speed train line will enter San Jose via the Diredon station, which will already become a major transportation hub thanks to the BART expansion to the north. At a recent VTA board meeting, officials from the California Highway Authority said the project would require a tunnel through the Pacheco Pass to connect the Central Valley to Gilroy, and then to San Jose. A final environmental impact report will be received by the Authority Council later this month.

According to a high-speed rail spokesman, the connection between Silicon Valley and Central Valley is expected to yield an economic output of nearly $ 50 billion.

“It’s encouraging to know that California residents are excited about the promise of the state’s first high-speed rail system,” Anthony Lopez, a spokesman for the high-speed rail authority, told San Jose Spotlight. “We look forward to advancing this project and putting the high-speed train into service by the end of the decade.”

Local officials and transportation supporters are optimistic about the project’s potential impact on San Jose. Deputy Mayor Chappie Jones, chairman of the VTA board, told the San José Spotlight that he believes the high-speed train will make Deridon the equivalent of New York’s Grand Central Station on the West Coast.

“You’ll get to this BART station, light rail, buses and trains, and when the high-speed train comes in you’ll also bring tens of thousands of riders to downtown San Jose,” Jones said. “The economic benefit of it alone is tremendous.”

Derrick Siber, president and CEO of the San Jose Chamber of Commerce, said he was not surprised people supported the project, especially in light of the return of the crushing movement when the plague receded.

Cyber ​​said there are many benefits to the project for the local economy, although he is concerned about construction.

“The struggle the business community has is just the cost of reduction – where is the construction going to take place? What will the reduction look like?” Siber told San José Spotlight. “Downtown San Jose already has a lot of activity, when the BART project comes to downtown, then that will be another component they will have to work on.”

“This is a big discussion in terms of class separation. Do you want a train that only goes 110 or 125 miles per hour at class level and crosses major intersections?” Jones said. “Imagine the safety concerns of vehicles and bicycles and pedestrians.”

Monica Malone, a public transportation supporter and columnist at San José Spotlight, believes the high-speed train will be a significant improvement over Amtrak, which she says is too slow. She said the biggest hurdle would be money.

“The funding was not what (the high-speed train crew) expected it to be,” Malone told San José Spotlight. “I think they expected the private sector to move a little bit further and contribute.”