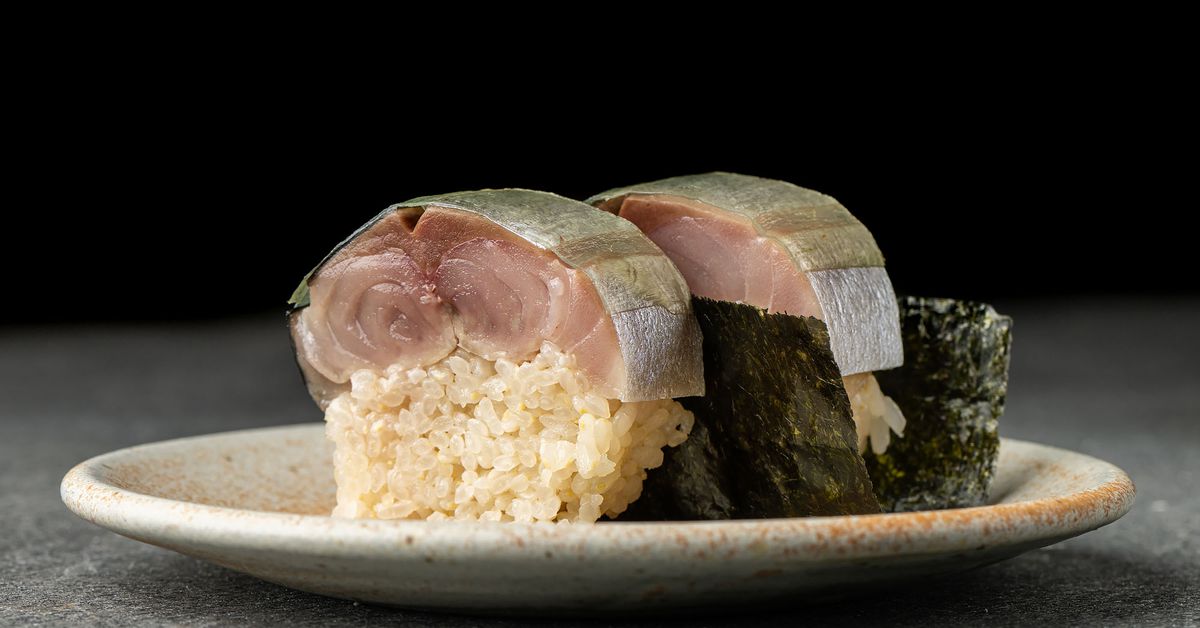 It’s hard to think of a cooler block of Los Angeles than 7th and Santa Fe in the arts district. The area, anchored by the Warner Music Building, as well as pillars like Pizzanista and Bastia, has become the focus of culinary activity recently, just in case of an epidemic. There’s Detroit Vesey’s, a “come as you are” space for drinkers, cyclists, the LGBT scene and everything else. There’s the Yangban Society, the colorful and colorful Korean-American restaurant of two fine vets in Northern California. , Which will eventually serve as a hotel and spa, with a modern blossom of the kind and limited aesthetics that can only come from the brain of the Kenshaw group.

The new code in the Gry Space design does not look like anything the Arts District has seen before. Matching light slate shades and lots of stone with blond wood finishes – all while moving between smooth lines and sharp corners across a number of dining spaces – the restaurant feels like something that lasts for a long time. He is both modern and timeless, Japanese and Angelano, taken from the creative class and dropped with heavy authority inside a former fire station.

David Wayne, the founder of the Kensho Group, is known for centralizing the type of people who will push the design envelope, as evidenced by his other project in LA Kensho Hollywood at Yamashiro Property. He is the kind of person who likes to collaborate on details, putting together a list of artisans who have helped bring every aspect of the space to fruition, from the soap to the blankets to the hanging bedding and cast concrete. It’s in the details that Kodo goes through, and adapts the whitewash of the Arts Quarter to the group’s finer research on steel and space, led by Gry Space and Sasha Robertson.

Then there’s Yoya Takahashi, Kodo’s head chef. Stormy as ever, Coco Takahashi is one of the most colorful figures in Los Angeles sushi, having moved to the city from Japan to become an actor. Along the way he has taken root in restaurant work and reverence for sushi, marrying his playful sensitivity to kitchen traditions. He spent years working throughout Los Angeles and Japan, mostly at the Amasco Westside Company. Now at Kodo, Takahashi gets the space to blossom on a plate, taking out everything from grilled ribs and shredded zucchini to a selection of sashimi, seared Dennis, steamed oysters, and more with his team. Overall, the menu is divided into quarters, leaving room for live fire (supervised by chef de cuisine Jaehee Lee); Sushi (from Chief Sushi Chef Alex Kohsuka Suzuki); Cocktails by liquor manager Chris Gomez and bar manager Will Henry; And pastries and desserts by chef Mami Yamamoto. The opening menus are below.

As with food, the finished codo space pulls in multiple complementary directions. The main dining activity will take place in the outdoor alley to the left of the front of the building in Santa Fe. Diners will enter through a wave of steel and stone to find long and steady banquets and light gray seats under cool brown hanging fabrics. Inside, tall black stalls blend in with the glamorous bar – home to Gomez’s cocktail and sake plans – leading back to a small courtyard and fire pit. And in front, inside the building, is the beverage cafe that contains caffeine and smaller snacks as well as sake and wine.

Currently, Kodo is the first fully implemented session for this address at 710 S. Santa Fe. Eventually Wayne’s property will grow and include the Ryukan-style hotel (styled as Rykn), with a spa / bathhouse behind. Expect the hotel, at least, to open by the end of this summer. Kodo opens on April 20, holding hours from 5:30 pm to 11:00 pm, Wednesday to Sunday, while in front of Rykn Cafe it will operate longer hours from 9:00 am to 10:00 pm, Wednesday to Sunday, switching between cafes , Easier lunch service, and bar snacks in the evening. Reservations can be made through Resy.