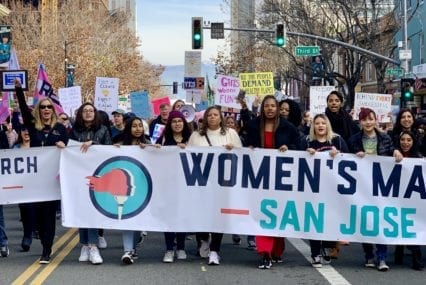 San Jose made history on December 19, 2017 as the first city in the province of Santa Clara to unanimously ratify a decree recognizing the UN Convention on the Elimination of All Forms of Discrimination against Women (CEDAW), also known as the Bill of Rights.

Following the successful passage of the CEDAW Ordinance, San Jose once again demonstrated leadership in recognizing the importance of gender equality in all city departments by allocating $ 50,000 for gender-based independent analysis, which is a harbinger of full CEDAW implementation.

Gender-based research is a crucial part of the CEDAW implementation, as it will identify and highlight gender gaps within city departments, policies and programs, and provide an outline for achieving a gender-free egalitarian society.

As San Jose and other cities in the United States have progressed, we have witnessed drastic attacks on women’s rights in recent years. In 2021 and 2022, extreme anti-abortion laws in some countries restricted women’s access to safe and legal abortions. The constitutional protections for reproductive rights under the Supreme Court ruling in Roe v. Wade are under attack, and all personal and social progress made in recent decades is in jeopardy.

In this crucial and historic time, it is more vital than ever to protect and promote women’s rights, and CEDAW is a powerful tool for protecting, promoting and empowering women. But CEDAW is not just a tool for advancing women! By promoting women socially, culturally and economically, CEDAW leads to economic growth, progress, peace and prosperity for all.

It is well documented that where CEDAW has been fully implemented, there is more economic prosperity for society and less violence against women. In fact, the passage of the CEDAW Ordinance in San Francisco led to 44 months without homicides in domestic violence between 2011 and 2014.

CEDAW is a powerful tool for a humane and thriving society where everyone who is at the crossroads of gender, race, class, immigration status, ethnicity, sexual orientation, sexual identity and disability thrives regardless of any of these differences. We need CEDAW so that women’s fundamental rights are not harmed by the political climate in the federal government.

Despite passing the San Jose CEDAW Ordinance in 2017, we continue to lack funding to conduct comprehensive gender studies of all city departments by an independent investigator. So far only one department has been tested, the police department, and the municipality’s plan to use the same template used by the police to conduct audits of other departments internally is a flawed plan with a built-in conflict of interest. Self-criticism can lead to inaccurate and unreliable results, which defeats the purpose.

In order to fully protect and promote women and girls in San Jose, we need a full CEDAW implementation, and full implementation requires adequate funding for gender-based independent research and a supervisory body to coordinate and monitor progress.

When San Francisco passed its order, it set up a CEDAW task force with 11 members who had full authority and responsibility to carry out CEDAW’s local implementation. The San Francisco Committee on the Status of Women and the CEDAW Task Force coordinated and monitored CEDAW’s gender-based analysis and full implementation.

San Jose has no committee on the status of women or CEDAW’s task force to oversee the entire process. If the municipality is serious about implementing CEDAW, an oversight body is essential for successful and meaningful implementation.

So the question we ask is: Are women’s gender equality and human rights a top priority in San Jose? Will Mayor Sam Licardo and City Manager Jennifer Maguire make women and girls their priority and allocate funding and resources to ensure local implementation of the Women’s Bill of Rights?

Will San Jose lead to gender equality and meet the pioneer reputation in technology and an advanced social and economic agenda? There is a very strong CEDAW movement that is spreading across cities, counties and states in the US. We hope San Jose will be a pioneer and champion in this movement.

Taraneh Roosta is a longtime women’s rights activist, founder and chair of Silicon Valley’s CEDAW Task Force and founder and president of Voices of Women for Change.