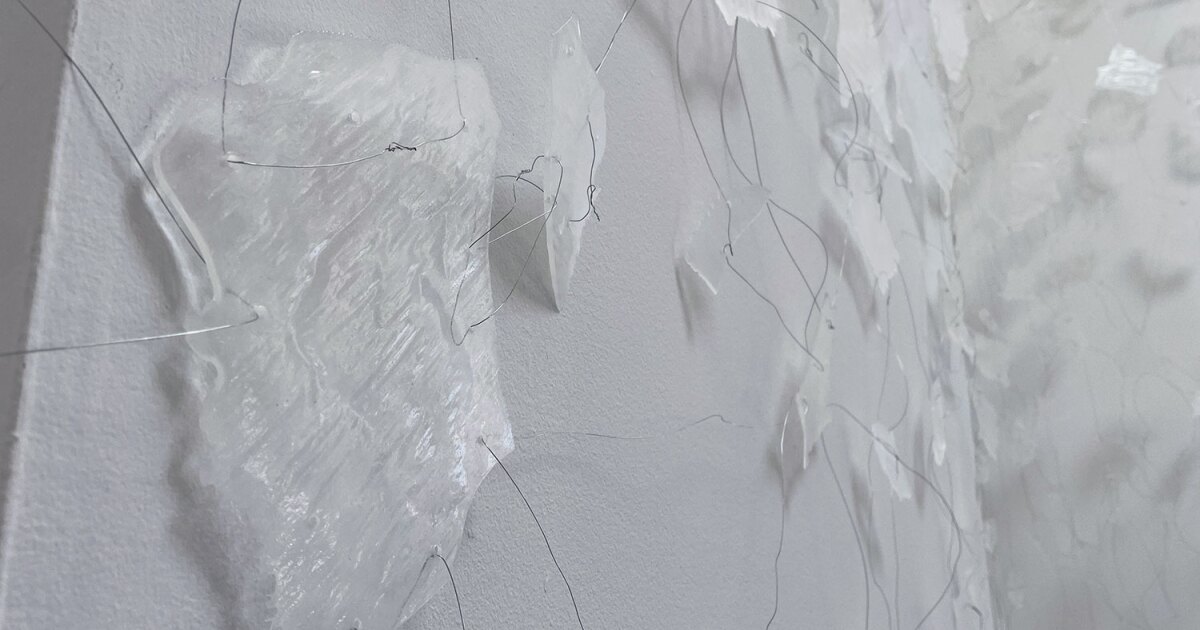 Arts Weekend: Jamie Franks at ICE Gallery; The sons of Wrinkle and Melanie Charles in the belly up; The Ozman Quartet performs Haydn’s “Last Seven Words of Christ”; Melissa Chedburn in conversation with Jack Jamek; And the Globe is celebrating Shakespeare’s birthday.

Visual art
Jamie Franks‘New site-specific installation, temporary, “fast” b ICE Gallery, Covers the entire gallery space with isomalt (sugar substitute), steel wire and resin. The isomalt gets the appearance of broken sheets of crystalline material or ice splitting and crumbling throughout the entire gallery – with pieces of different sizes threaded in fine thread and woven across each wall. Even the space windows are lined with a pattern of liquid-like stain created by resin. When left to its own devices (and the natural moisture of the space), the isomalt will eventually disintegrate.

Artist Jamie Franks’ interdisciplinary work in San Diego has previously been featured in Art Produce and Bread and Salt – including her latest and most memorable development. Chair installations“Cacophony” and “Responsibility”.

Music, jazz
The British jazz band Sons of Kemet plays a high-octane combination of jazz, Caribbean and folk and African rock music. Conducted by saxophonist and clarinetist Shabaka Hutchings, they recently released a new full-length album, “Black to the Future”.

Sons of Kemet will appear in Belly Up, and the opening will be the stunning Melanie Charles. Charles recorded a Tiny Desk (Home) concert last year with an amazing Sun Ra / Afrofuturism rendition of “Deep River”, and you can watch it below.

music
Haydn’s iconic “Last Seven Words of Christ” was originally composed for the Good Friday ceremony in the late 1980s in Cadiz, Spain, and then worked for a string quartet. It contains seven contemplative sonatas, each inspired by the seven expressions attributed to Christ during the crucifixion story. The introductory movement and the ending section “Earthquake” end the piece, and the final chapter is violent, fast and loud as the title implies.

The Hausman Quartet performed this piece during Holy Week in previous years, and this year they are teaming up with a vocal quartet (led by Tasha Kunz) to perform chorales between each episode. The tickets are based on donations, with guests choosing one of three organizations operating in Ukraine.

Books
“Tiny Push Up” is Los Angeles-based writer Melissa Chedburn’s debut novel, and it feels like a must-read book. The story draws inspiration from Chedborn’s Filipino heritage and his background in the foster care system, and one of the characters is the real serial killer Willy Picton.

The story promises supernatural magic, brutal crime and fully structured writing only from the first page. Chadburn will be in conversation with San Diego writer Jack Jamek (author of “The Grip of It,” “False Bingo”) in The Book Catapult.

Theater, family, dance, literature, poetry, music
Shakespeare really has it all (as all the arts categories that this event examines from the list attest) and the old globe is ready to celebrate William Shakespeare’s 458th birthday with activities and performances in as many ways as possible.

There is a battle choreography workshop, sonata performances with empty scales and more, a puppet show, an Elizabethan dance workshop, music and a chance to check out the winners of The Sonata Competition (Though now it’s too late to get in).

This is a free AXIS event at the outdoor Copley Plaza, and it’s also the launch of the Globe’s new and ambitious “Henry 6” project – which you can read about in an excerpt from KPBS reporter Beth Accomando here.

For more art events and editor’s selections, or to submit your own event, visit the KPBS / Arts Calendar.