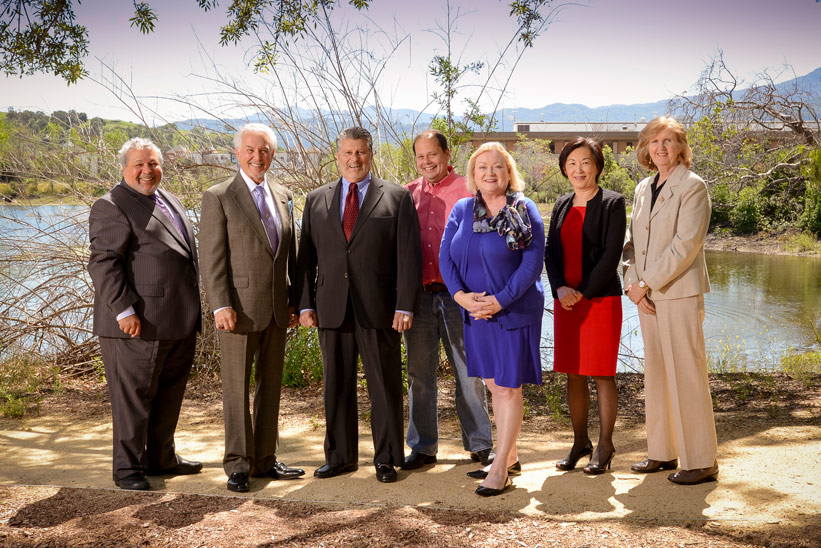 In an unusual move, the San Jose City Council voted to formally oppose a move at the June polls in Santa Clara County that would extend the term of office for board members of the area’s largest water provider, the Santa Clara Valley Water District.

In a 7-3 vote late Tuesday, the council made a decision calling for a no-vote and calling on other cities in the region to oppose it as well.

A number of San Jose City Council members said the proposal, measure A, uses a misleading wording in a deliberate attempt to deceive voters into believing they are limiting the tenure of Water County councilors, when in effect it will allow them to serve longer than they can now. . Some members attacked the Water District for spending $ 3.2 million to raise it at the polls while the agency raised water tariffs and bought water at high prices to reduce the drought shortage.

“You know what’s even worse than wasting taxpayer money? Deliberately misleading them,” said San Jose councilor Matt Mahan, who led the opposition. “And that’s exactly what this index does.”

Councilman Raoul Perls added: “When I read the language, I was shocked.”

Since 2010, Water Board members have been limited to three consecutive four-year terms. But in February, when some of them faced dismissal this year, the county board voted 4-3 to place a step in the district vote on June 7 to extend their service to four consecutive terms of four years.

More than a dozen public members have spoken out in opposition to the Water District’s term-restricting move and supported a city council vote. One, Labor leader David Benny, took the opposite view, saying the city council was engaged in “ineffective performances.”

Some council members said they would oppose the vote but did not want to violate relations with the water district.

“I do not think we should be the police for the way other elected councils conduct their business,” said council member Sergio Jimenez.

In the end, they voted in favor of the decision to oppose the vote by Mahan, Perls, Magdalena Cresco, Dov Davis, Maya Asperza, Sylvia Arens and Pam Foley. Jimenez, David Cohen and Deputy Mayor Chapi Jones did not vote.

The Santa Clara Valley Water District, based in San Jose, is a government agency that provides water and flood protection to 2 million residents across the county.

Critics say the vote is misleading because the language does not say that if approved by voters, water district members, some of whom have already served more than 20 years on the board, will be able to serve longer.

Last month, at the request of the state’s Public Records Act, Mercury News obtained two internal polls commissioned by Water County CEO Rick Calender. The principals for 4 consecutive terms of 4 years “they answered for the most part yes, with a difference of 77% -19%.

But when it was said that Water District Council members were already limited to three terms, voters opposed the 62-36% move.

The language Calender approved for the vote would read: “Will the amendment amending the Santa Clara Valley Water District Ordinance 11-01 be limited to limiting council members to four consecutive terms of four years?”

It was approved by Water District Council member Tony Astremra, who served 26 years on the board; Dick Santos, who served 22 years; Gary Kerman, who served 8 and John Varla, who served 7. She was opposed by board members Linda Lazut (12 years); Nai Soa (10 years) and Barbara Keegan (10).

Astermara said after the vote that he opposes tenure restrictions in general and that veteran board members should be allowed to stay in office longer because the water district is facing a serious drought and multiple complex projects, such as rebuilding Anderson Dam, require experience.

Signed at the ballot box for the extent was between me; Samuel Washington, president of Silicon Valley Black Chamber of Commerce; Victor Garza, president of the La Raza Round Table of California; And Dennis Murphy, a consultant to Sustainable Silicon Valley, a nonprofit of Sunnyvale.