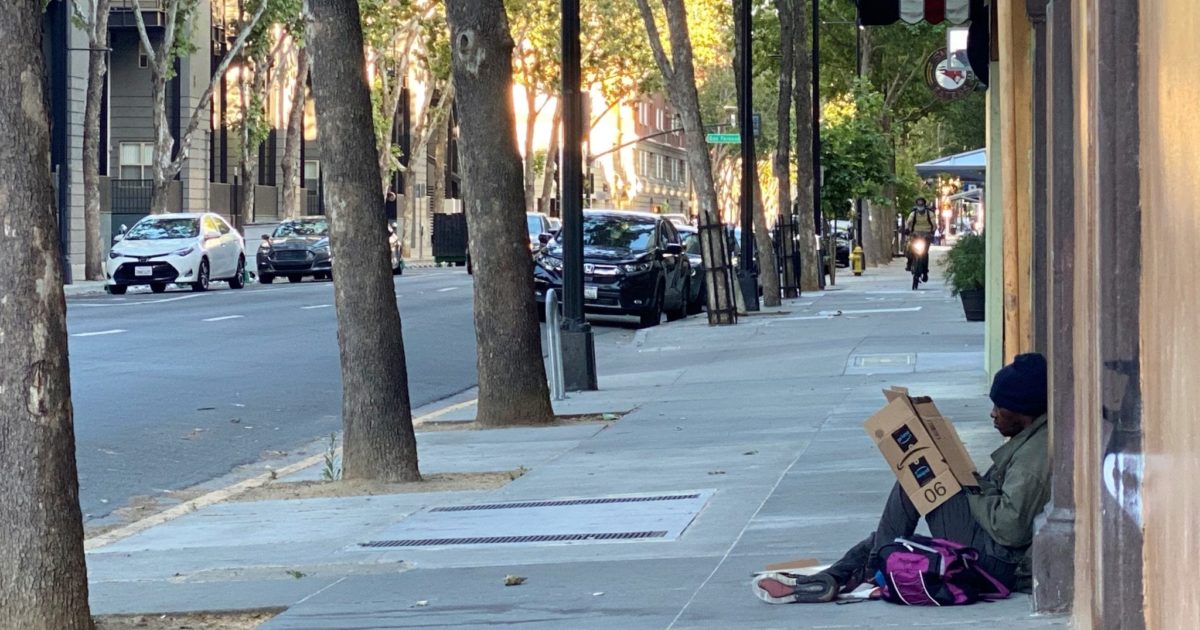 San Jose downtown residents and business owners are growing frustrated and worried about what they see as an increase in uninhabited people in need of immediate crisis intervention and mental health assistance.

The issue came to a boil this week after an unoccupied person assaulted an employee of the San Jose Association in the city center while cleaning graffiti.

“Our ground staff is experiencing more frequent conversations, aggressive behavior and, unfortunately, a number of assaults by people living on our streets,” said San Jose Downtown Association president Alan “Gambi” Marx. “The processes that exist today do not solve the challenge at hand.”

The San Jose Downtown Association has invited local officials, police, business owners and residents to a Friday panel to discuss solutions to the homeless crisis that has erupted across the city. During the plague, camps of various sizes sprang up around the heart of the city center, along waterways, in front of businesses and under highways.

Santa Clara County Superintendent Susan Allenberg, who led the declaration of the county’s mental health crisis, said the answer to homelessness continues to be more housing. She praised recent efforts to address the issue, including the Mobile Crisis Response Team, the Assistive Care Program under the Laura Act and the Mental Health Hotline – but noted that these plans are not solutions to the crisis.

“We are not going to eliminate or even drastically improve the population of our non-deported residents if not much more housing is built,” she said.

Allenberg also highlighted several plumbing housing developments – many of which are funded by size A, a $ 950 million housing bond passed by voters in 2016.

The Santa Clara County Outpatient Treatment Program, which began in February, continues to see high demand for services, said director of the Behavioral Health Division Su Yong. The county is already looking to expand its operations, with plans to purchase a property that will accommodate homeless patients who will undergo treatment later this year.

“Without housing, we just can not take care of the whole person,” she said.

San Jose registered nearly 7,000 people unoccupied on its streets in 2019. The county is working on an updated summary, but lawyers and officials predict the number has skyrocketed over the past two years. San Jose tried to control the widespread issue through scans, while editors recorded a record number of 250 people who died on the streets last year.

Since March 2020, San Jose has housed 3,000 people, said San Jose housing director Jackie Morales-Fran. But with every person entering the housing, two more fell between the cracks and the streets, she said. The municipality recently added to the efforts to respond to the mental health crisis in the city center through a $ 1.2 million contract with People Assisting Theless (PATH).

The city, with an ambitious plan to accommodate 1,000 emergency housing units by December, is slow in its progress. A housing site located in the police car park, which will provide 76 prefabricated houses, was supposed to open at the end of the summer, but will now only be ready in October. The city is also at a loss with its Project Homekey applications, which can turn hundreds of old motel rooms into residences.

San Jose is also working against the clock to clear Columbus Park, home to one of the largest homeless camps in the Bay Area. The encampment sits below the flight path of Mineta San Jose International Airport, violating the Federal Aviation Administration’s seats. If the encampment is not removed by June 30, the city risks losing federal funding.

The city housed 64 people from the site, Morales-Fran said.

“Our commitment is to offer everyone currently on the site a housing solution,” Morales-Fran said, noting that the plan still needs city council approval.

Joshua da Vincenzi Melander, president of the small Italian association San Jose, said everyone should be willing to work together to find solutions.

“We can not allow this culture of promiscuity to continue,” Melander said.