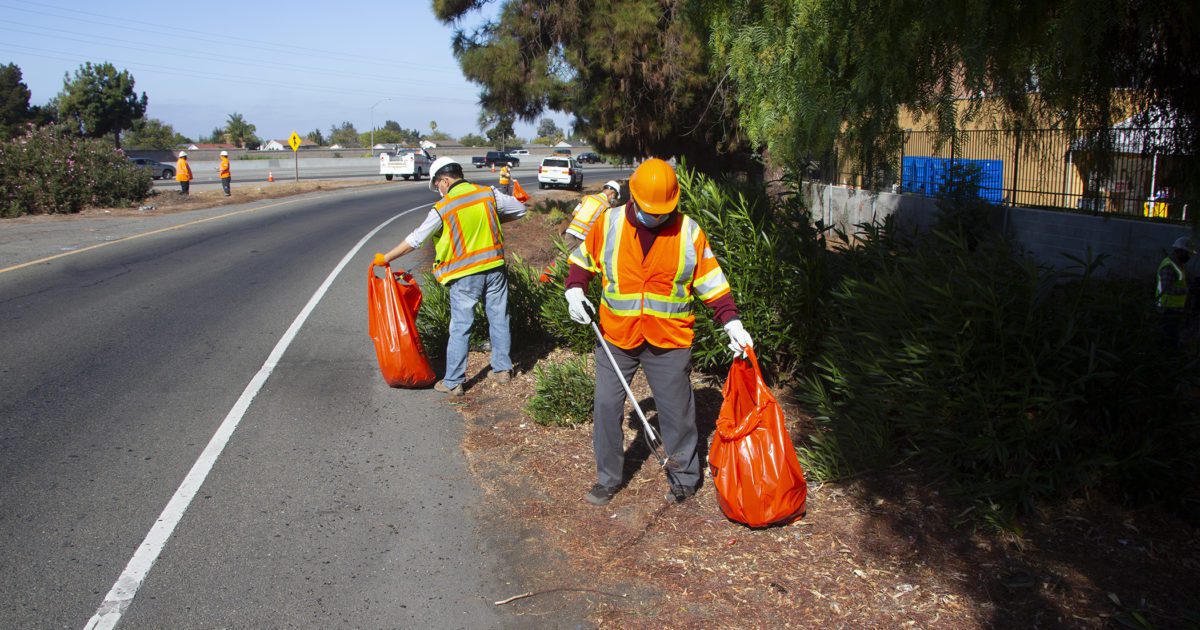 Environmentalists are concerned that Caltrans is not doing enough to prevent garbage from being washed away from its properties into the Gulf of San Francisco.

The state’s Department of Transportation has been under a restraining order since 2019 requiring it to reduce garbage over the next seven years. The order covers more than 8,000 acres of its properties in the Bay Area, including the South Bay. The San Francisco Bay Regional Water Quality Control Board issued the order following widespread community outrage over the fact that Caltrans was unable to collect garbage that pollutes local waterways.

Celtrans officials said they are taking various compliance actions, but environmentalists say the agency is dragging its feet. According to them, Caltrans’ inaction puts a strain on cities like San Jose, which end up having to collect garbage that the agency has to collect.

“The bad news is that they have not moved very quickly to design, approve and implement projects that will actually trap this garbage in storm water,” David Lewis, CEO of the Save The Bay environmental group, told San José Spotlight. “Significantly increase the amount of garbage removed from the highways.”

Caltrans did not provide the information requested by Spotlight San Jose.

Officials in the province of San Jose and Santa Clara have recently criticized Caltrans for failing to maintain the South Bay highways. During a meeting in February, Dina Al-Twansi, director of Caltrans County 4 which covers most of the Gulf region, said staffing was a problem in the area and the agency struggled to recruit local maintenance crews.

Former San Jose mayor Ron Gonzalez, who previously served on Save The Bay’s board, told San José Spotlight that the problem of garbage on local highways seems to have worsened in recent years.

“I find it despicable,” he said. “It’s shameful that we have to see these things because not only are we traveling through our city, but also foreigners – and they are forming opinions about our community.”

He said local officials are limited in what they can do because they have no authority over how Caltrans spends its resources, including the ways it oversees Santa Clara County.

A flood of microplastics

Environmentalists say highways are a major source of water pollution, including microplastics – tiny plastic particles extracted from textiles and rubber. Rain washes the micro-plastics off the roads and into a storm drain, where they eventually reach the bay and are consumed by marine life.

“When an animal swallows microplastic it can erode their digestive tract, or give animals a false sense of fullness, so they do not swallow their real food and get the nutrition they need,” Lisa Ardel, director of research and innovation at the Gyres Institute, Told San José Spotlight.

Ardel said studies conducted by 5 Gyres and the San Francisco Estuary Institute have found higher levels of microplastic pollution in San Francisco Bay compared to other places in the world. She said it was probably because the water flow in the bay is relatively limited. Ardel said that rain gardens – soil-absorbing earthen vessels – are known to be effective at capturing small plastic particles. She noted that there are also devices that can capture macroplastics, such as bottle caps and other common garbage on the roads.

It is difficult to calculate how much garbage generated in Caltrans properties reaches the bay, in part because some of it is washed into urban stormwater systems, where it mixes with debris from city streets. Lewis said one of the most effective ways for Caltrans to address the garbage problem is to build or pay cities to create devices that trap garbage in the stormwater system.

“These devices handle a total of 355.74 acres of Caltrans directly from the road,” Camerana said, adding that the four devices installed with Caltrans have seized about 200 tons of garbage since 2018.

Lewis said these joint projects are efficient and relatively inexpensive. But he claims that Caltrans slowed down the production of these projects during the plague. He noted that the San Francisco Bay Area Regional Water Control Board has the authority to punish Caltrans if it does not comply with the ceasefire order, but he hopes it does not reach that point.

“That’s not the goal – the goal is to actually get the job done,” Lewis said.