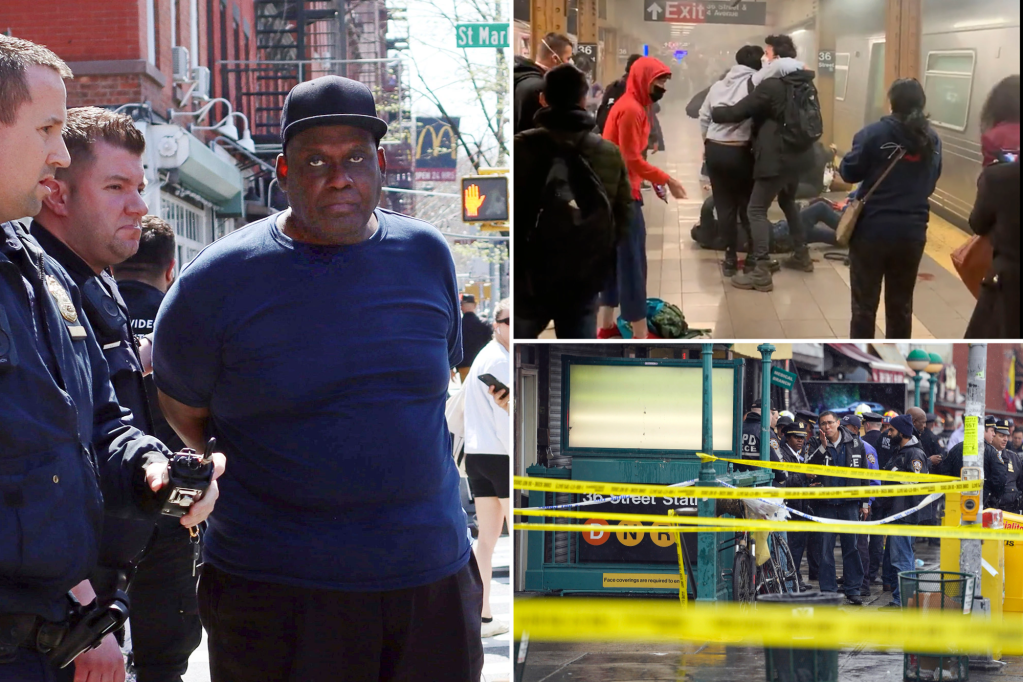 In the coming week since the Frank James subway attack of Frank James in Brooklyn, it has become common wisdom that the social services system of New York or America has failed him – and us too. However, no one showed a way in which welfare services could stop this attack. What we have is what it looks like: a bad guy who cleverly planned and executed a bad thing.

True, New York City and the state leave severely mentally ill people on the street, despite multiple warning signs. Some of these people, like Martial Simon, who pushed Michelle Go to her death under a subway in January, are violent. Simon had a documented history of illusions and compulsions so severe that he could not function.

James is not that person. James, although born in New York, has no current connections to the city. Until Wednesday he had not stopped here for nearly a quarter of a century.

It does not fit the profile of Simon or of the people accused of killing Christina Jonah Lee and Crystal Byron-News this year: people arrested and recently released, despite escalating episodes of uncontrollable violent impulses.

James claimed, in his video brawl, that the New York mental health system had failed him, but he did not say when and how. If the education system failed him, it did so five decades ago. (Perhaps the shortage of charter schools then tripped him.)

Our housing system has not failed him, unless it fails anyone who leaves New York for another city for one reason or another. He found housing in Milwaukee and Airbnb in Philly.

Should the social services run by Milwaukee or another city have had to pay attention to James’s YouTube parades, in which he said white people “kill and commit genocide against each other” and would do the same to “your black ass”, declaring that “white people And black people … should not contact each other “and praised 9/11 as a” beautiful day “?

There is no way around the fact that James was functional. As he said himself, he Select Not consistently working for a living: “There’s no way I’m going… Go to work, pay my taxes.”

It was functional enough to plan and carry out a complex ideological attack across geographical boundaries.

He was functional enough to assemble the equipment he needed, disguise himself as an MTA building, throw off his costume immediately so he could escape. He even organized his arrest.

There is a smell of patronizing racism assuming James did not do exactly what he intended to do but “needed help”.

Anyone who carries out a mass attack has mental health issues. Timothy McVeigh, Oklahoma City’s bomber, apparently Made There is post-traumatic stress disorder, and Boston Marathon bomber Dzhokhar Tsarnaev probably Was Manipulated by his brain brother. The 9/11 hijackers (apparently!) Also had disturbed thoughts.

No one said he needed housing services.

Like these other attackers, James knows between good and evil and action and result. In one video he said “I wanted to kill people” but “I do not want to go to the king’s prison”.

Should the FBI have commented on the videos James released just before his attack, using more threatening language, saying, for example, that “the time has come”?

Sure, but it’s law enforcement, not social services. In addition, James did not threaten directly – further evidence of careful planning.

Maybe it’s a good idea for social services agencies to communicate more with people like James. But there are a court Of such people: people on the border of society, with a lot of time to cultivate silly ideas.

Is the City of New York going to hunt down any of these people and provide them with an apartment and intensive daily counseling so that he does not make a cross-country trip here to attack us?

Nicole Jelinas is a contributing editor to the City Journal of the Manhattan Institute.