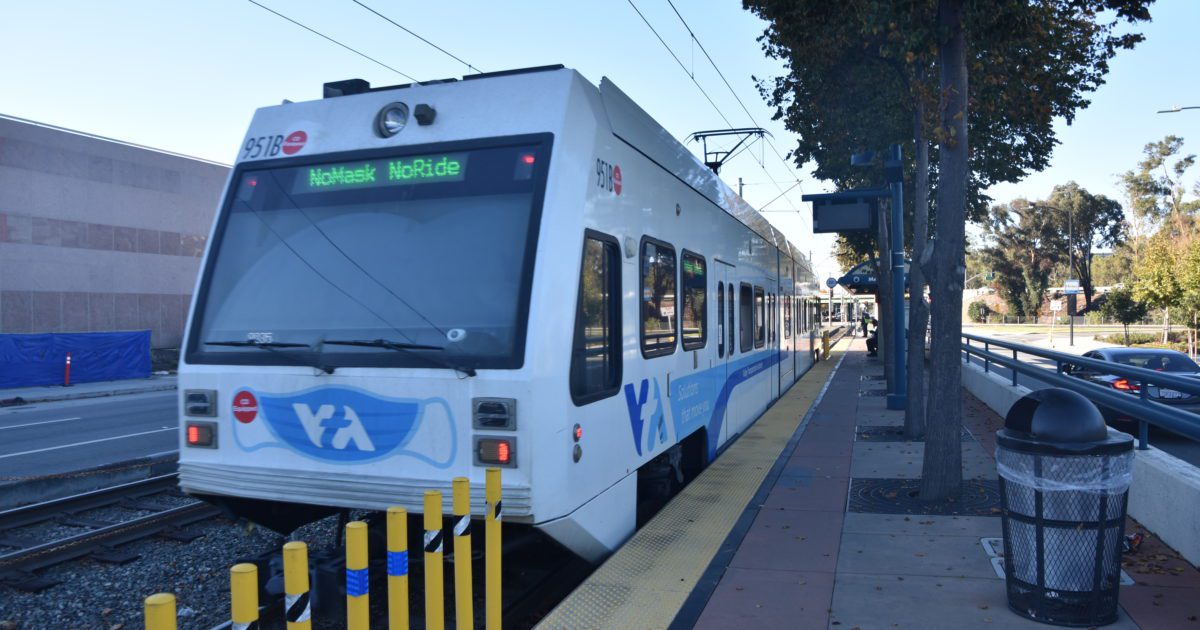 A campaign to unite the 27 different transport agencies of the Gulf region into one smooth system is gaining steam, but the step towards full integration will be a long and challenging journey.

Ian Griffiths, co-founder and CEO of Seamless Bay Area, said during an online seminar on Wednesday that the latest legislation could pave the way for the integration of Bay Area transit agencies. Seamless Bay Area is a non-profit organization that advocates for the unification of public transportation service so that riders can travel more easily throughout the area.

Griffiths hangs his hopes on Senate Bill 917. This legislation, introduced in February by State Senator Josh Becker, will oblige transit agencies, including VTA, to develop a combined tariff structure in transit by 2024, coordinate timetables and service standards and develop one regional public transport map.

“At the end of the day, it’s about getting more people to take public transportation all the time, and move to more sustainable ways to get around our area,” Griffiths told San José Spotlight. “Life and quality of life and environmental destinations are reasons we need to have a very user-focused transportation system and making it a part is a really essential part.”

Proponents of smooth regional transportation claim the Gulf region lags behind its peers around the world. Russell Hancock, president and CEO of the Joint Venture of Silicon Valley, described how easy it was to travel by bus and train in Singapore and the Netherlands compared to the tortured logistics of arriving from San Francisco International Airport to his home in Palo Alto.

“The San Francisco Bay Area is a world-class destination,” Hancock said during the meeting, which was co-hosted with a joint venture. “We do not look like this in the field of transportation – that’s not how the user experience feels.”

San Jose Department of Transportation spokesman Colin Hein told the San José Spotlight that the city is developing a Transit First policy that will strengthen San Jose’s commitment to public transportation. He said the plan is expected to go up before the city council in May.

Some transportation proponents doubt that the Seamless Bay Area vision can be easily implemented. Jamie Ackman, a public transportation expert and former VTA employee, prefers integration but has concerns about financial challenges.

As an example, she noted that creating a combined fare card would require dividing each fare between multiple transportation agencies. She said this is a significant problem with Clipper cards – first introduced in 2002 – and that agencies are still working on them to get rid of design flaws.

“None of these things are impossible challenges, but they are complicated,” she told the San José Spotlight. “I’m aware of pitfalls that can turn a great idea like this into a very bad end-user experience.”

Monica Malone, founder of Turnout4Transit and columnist for San José Spotlight, said she was initially enthusiastic about Seamless’s vision, but is now more skeptical. She said transportation agencies in San Jose Spotlight want to maintain local control over operations, such as setting schedules and raising or lowering fares. She also noted that most public transportation trips in Santa Clara County occur within county lines, so it makes more sense for VTA to invest in increasing the frequency of local service.

“The more money should go into running more service, because that’s what drives the amount of passengers,” Malone said. “A lot of people don’t take transit because schedules don’t work for them.”

In the province of Santa Clara, VTA is struggling with high operating costs and low passenger numbers – factors that could exacerbate the agency’s projected financial shortfall, which is expected to reach $ 47.5 million by 2031.

“Of course, transition coordination is technically possible, but it’s clear that legislation is the key. And funding is the key,” she said. “The fact that the funding is associated with so many local initiatives approved by voters just makes the move an uncomplicated mess in California.”