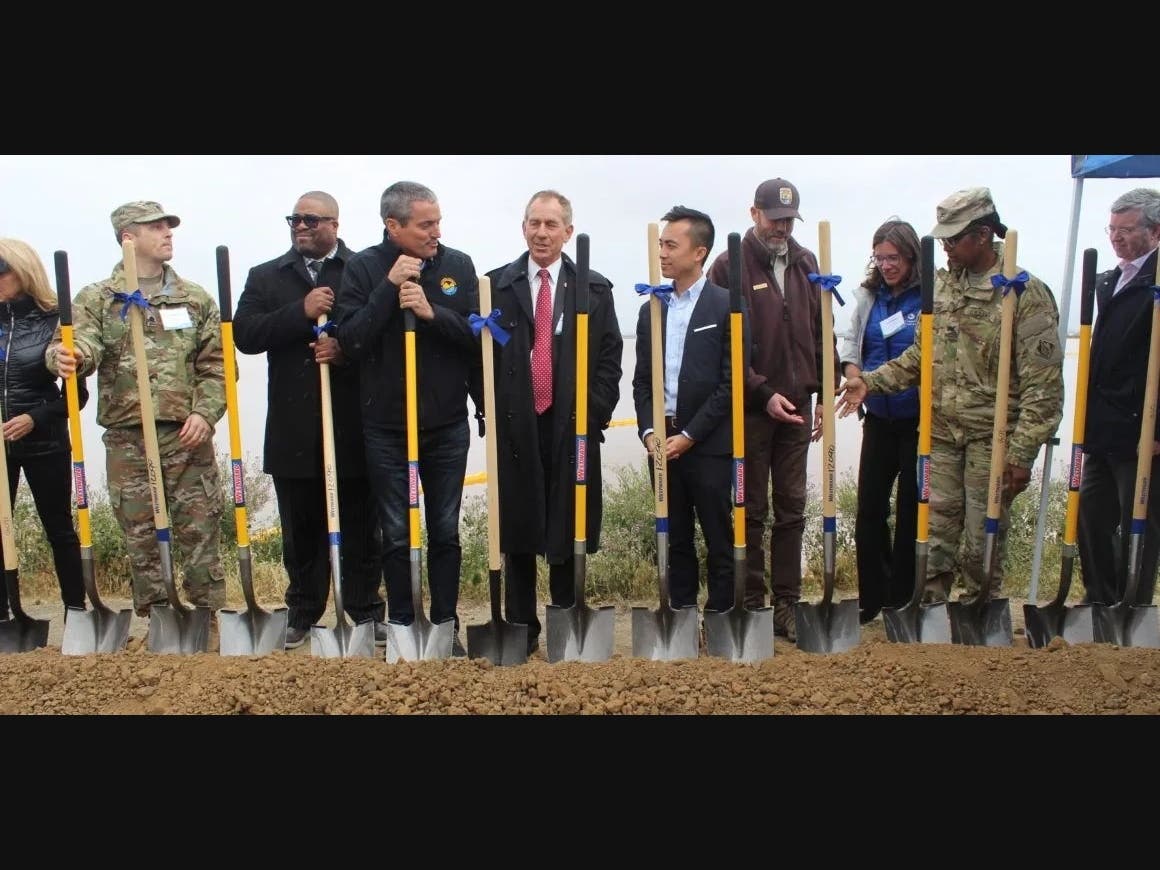 A new project to reduce the risk of floods from rising sea levels is underway in the Elviso neighborhood in northern San Jose.

On Thursday, South Bay officials broke through in the first phase of the South San Francisco Bay Coastline project – a local, state and federal partnership to provide protection against tidal floods in the area, as well as restore and improve tidal swamps and associated habitats.

With an estimated total cost of $ 545 million, the project is the first of its kind in the province of Santa Clara that helps protect the southern tip of San Francisco Bay from coastal flooding and sea level rise due to climate change.

“What we know about climate change is that it’s exacerbating our extreme weather,” said Wade Croft, California’s natural resources secretary. “Amazingly within a period of prolonged drought, we can experience these atmospheric rivers and what climate change is doing is intensifying these winter storms. It’s a big deal in the San Francisco Bay Area, of course, because nearly 4 million people live around the bay.”

According to Valley Water, the project will provide protection from coastal flooding through a combination of dams, swamps and habitats of transition areas known as ecotones. The county said the ecological shades would provide an additional buffer for the storm and at the same time allow swamp habitats to migrate as sea levels rise. The source of the project stems from the 2003 acquisition of thousands of acres of former salt production ponds.

The first phase of the project is between the Alviso Slough / Guadalupe River and Coyote Creek. About half of the first phase will be completed by January 2024. Until then, pedestrian access to the eastern half of Elviso County Park will be closed due to construction. Upon completion of the project in 2036, it is expected to provide flood protection to more than 1,000 residential buildings and 100 other buildings.

The Elviso neighborhood in San Jose is particularly at risk of flooding as it sits at the southern end of the bay. His impromptu paths and ladders in the salt ponds are also very weak.

“When Cargill used to run these pools, they would come with a truck, dig them at the tip of their toe and just throw it here. So it’s just a bay mud, it’s not strong,” said Rachel Blank, chief operating officer of the water affair. In Valley Water, told San José Spotlight.

The vacuum is attracted because it is just mud, it can not withstand a storm or earthquake, which endangers thousands of residents.

“So we have to replace those with engineered structural ladders and that’s why we joined the Army Corps, which is building them,” Blank said.

To date, approximately $ 200 million of project funding has been raised. Officials begin construction in the area most at risk: Elviso.

“This is a great day for business and the Elviso community,” said Valley Water Board member Richard Santos. “I am a native of Elviso, and have experienced major flooding three times in my life. This experience affects my work in the water valley and strengthens my goals and ensures that we maintain the safety of communities through our flood protection programs.”

The South San Francisco Bay Shoreline project is a partnership between Valley Water, California State Coastal Preservation, U.S. Army Corps of Engineers and regional stakeholders. Access for recreation and the public to the shoreline of Santa Clara County.

“This project is so important to the communities here. It will not only protect (the residents) from the floods, it will also bring the best part of the bay right to their doorstep,” said Matt Brown, director of Don Edwards Sun. Francisco Bay National Wildlife Refuge.