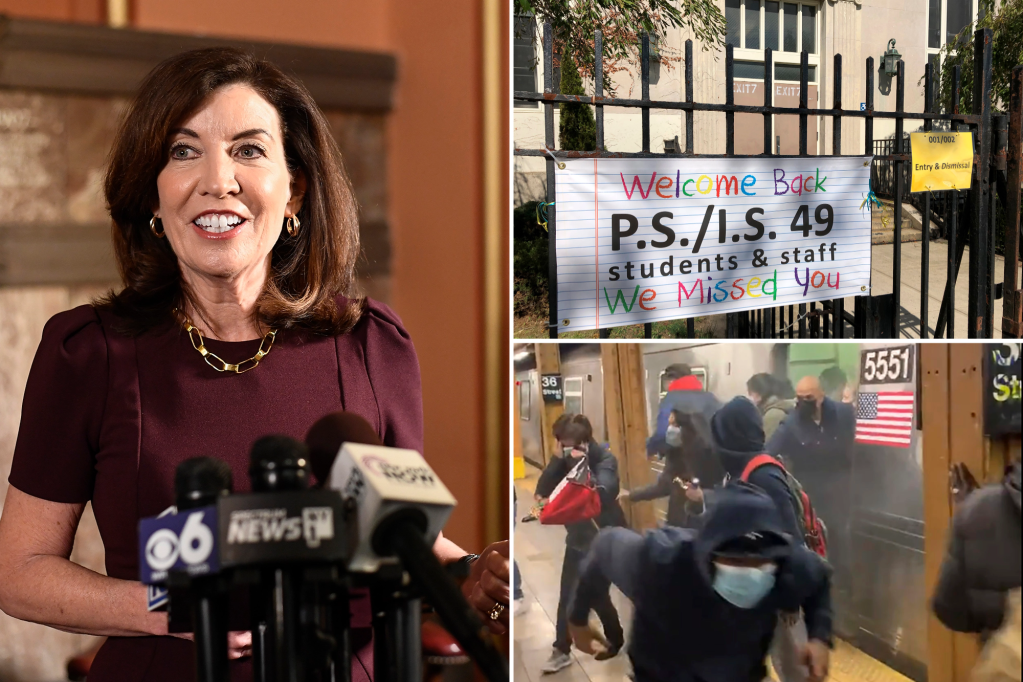 With a $ 220 billion state budget record – and taxpayers on the table – Governor Kathy Hochul and the Legislature have unfinished business to be completed before the June 2 session.

During the budget struggle, the Legislature passed the key education clauses – expanding the mayor’s control and raising the convention quota. And she was reluctant to do enough to fight the rising crime.

The mayoral term will expire on June 30. Postponing the renewal to the end of the “big ugly” session, thus making it part of another round of bargaining with the government, leaves families unnecessarily worried about the future of schools and invites intervention in small print. Tattoo the mayor’s point of control, that is, ensure that voters can hold the mayor accountable for system performance.

Schools in the city are suffering from an astonishing 40% absenteeism rate, along with a serious drop in enrollment as many have fled a system that the last mayor seems determined to aggravate. This is not the time to leave a doubt as to who will lead the system on July 1st.

The legislature should pass an independent bill to extend mayoral oversight to at least four years as soon as lawmakers return from the Easter / Passover holiday.

Removing the restriction on public schools to allow more of these high-quality programs to open in New York will benefit thousands of students and families seeking better educational options. The waiting list to enter the charter is 50,000 children in length; The legislature should stop standing at the school door.

Legislative leaders will be fighting tooth and nail against doing more to amend the law on aging and non-bail, but the need has only become clearer since they agreed to some small budget changes.

Tuesday’s subway attack and the growing number of children lost in crime (including both victims and gangs) make it clear that the streets will only continue to be more dangerous until the legislature joins serious changes, including giving judges discretion to send blatantly dangerous criminals to jail. Legislators must also do more to reduce the impossible paperwork burden they have placed on prosecutors, forcing district attorneys across the state to dismiss cases against serious offenses.

And the budget, although it extended the Kendra Act by five years, did not do enough for mental health, even when failure to address the issue clearly contributed to the subway attack. For starters, do the work on the step of restoring 200 state-run psychiatric beds that died late in budget negotiations. Beyond that, New York needs better laws that will facilitate the removal of dangerous mentally ill people from the streets and mandatory care.

But lawmakers need to go on to say no to the Wachoul’s absurd and killing ban on future oil and gas connections in new housing. Until enough alternative energy is plentiful and cheap, it’s just a cruel blow to New Yorkers with lower incomes.

The tax exemption that encourages developers to build more affordable housing, 421-a, will expire in June. It needs to be renewed in some practical way, or the developers will stop building anything but luxury apartment buildings.

Right now, this fall election promises to bring in such a strong Republican red wave that it could wash even New York deep blue. If Albany does not give up on the extremist ideology and petty gameplay and starts doing her job now, she will see a lot of new faces when the next legislature convenes.